Things have been a bit quiet around here since I got back from Xamarin Evolve. Mostly because when I got back, London decided to do its best Austin impression and get warm and very, very blue-sky'ed outside, so we have been taking advantage of that as much as possible.

At the same time, I've been working on a UI refresh for Trip Wallet, which is now finished, I'm just waiting on the icon to be finalised. The difference is, I think, quite dramatic: 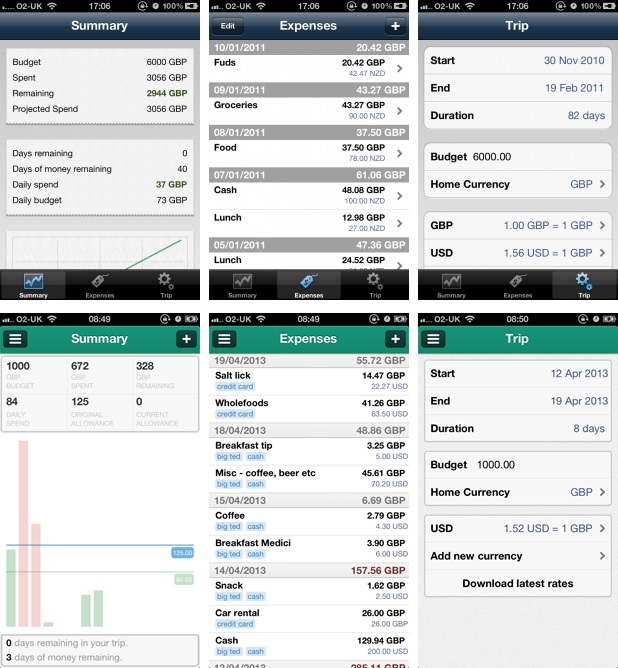 Initially, I based a lot of the look on Earnest (which I didn't design - that was Robbie), but as its gone on, I've recreated or reworked everything in there, using Sketch, which I'm really enjoying using. MobileAgent is next - I've done the UI changes, and it's looking pretty sweet, and now it's just a case of adding a couple of features and then that's done.

I'm planning on writing a bit more about the UI changes, especially how easy is to do nice iOS designs in Sketch. In the meantime, if you are interested in Sketch, have a look at Meng To' blog. He does some awesome work in Sketch and isn't afraid to share it.

Speaking of Xamarin, the videos from Evolve are not out yet, but they are "coming soon", including mine. They have released a nice tool called Objective Sharpie to do bindings, which might make it a lot easier to use Objective-C code in your Xamarin.iOS apps. All this in addition to the new stuff which was announced at Evolve.

If you are doing crossplatform with the Xamarin stack (and Microsoft's stuff for Win(Phone)8), you really need to look at MvvmCross. Stuart has been on fire with his N+1 days of MvvmCross. I think he needs to give himself a badge of awesome…

Also[1]. Oddly, Markdown Pro, which I usually use to write these, doesn't show them especially well.