With the release of the iPhone 5 - aka iPhone Longcat Edition - a few people have been asking about how to make MonoTouch apps work with it, and with iOS6.

This isn't an exhaustive test, so I may have it wrong, but:

Redth has a good post up on how to convert your app - it's pretty easy.

It took me 5 mins to get Earnest working, so most MonoTouch.Dialog-centric apps will "just work". 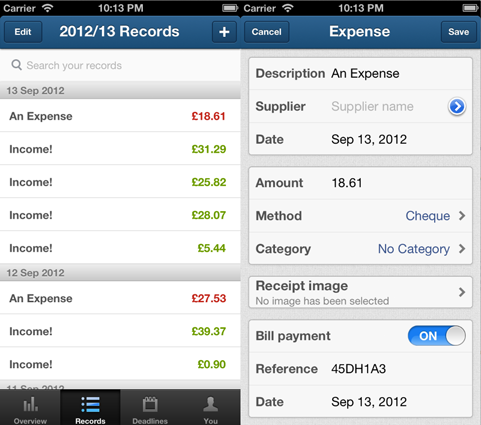 I had an issue with the background texture, but switched from setting

and changed it over to use

As the pinstripes were coming thru, not the nice paper texture. Oddly, if I built with the iOS5 SDK, and deployed onto iOS6, it worked fine. But iOS6 SDK + iOS6 device didn't. Strange.