Rod recently lamented on twitter about his iPhone not being able to show whats playing on the Sonos, even tho he was using the Sonos app to control the audio:

@roddrury: I imagine living in a world where Apple would allow @sonos to have a lock screen widget so I can see what's playing at a glance

@ow: @roddrury @Sonos if Spotify can do it I suspect it’s on Sonos to add it

@nzkoz: @roddrury there’s actually an API for that, not sure why they couldn’t use it?

@roddrury: @ow @nzkoz I thought the lock screen was sacred, do you have a screen shot?

@fastchicken: @nzkoz @roddrury @ow Has to be currently playing from the iOS device I think. Not sure Sonos could do it w/o hacks :(

Sadly, showing something on the lock screen is reserved for one (non-Apple) thing only: playing background audio. Apps like Downcast can do it, but only because they are the current audio-playing app - and as soon as you stop the app (or pause it and unlock the phone) it loses the rights to the lock screen. From what I understand, they tell iOS whats playing (eg, here's the title / track name, image etc) and iOS does the rest, including feeding back play/pause/next button presses. The developer doesn't have any control over the display of the information.

This was similar to something I was thinking about when walking up Mt Hobson on Great Barrier Island last week: why can't more apps use the lock screen? I don't want to leave my phone in an insecure state, but I also don't want to have to swipe a sweety finger over the screen and enter the pin just to see how far I've walked.

On top of that, there seams to be a whole swipe direction which would be perfect for this, but it's just... missing. 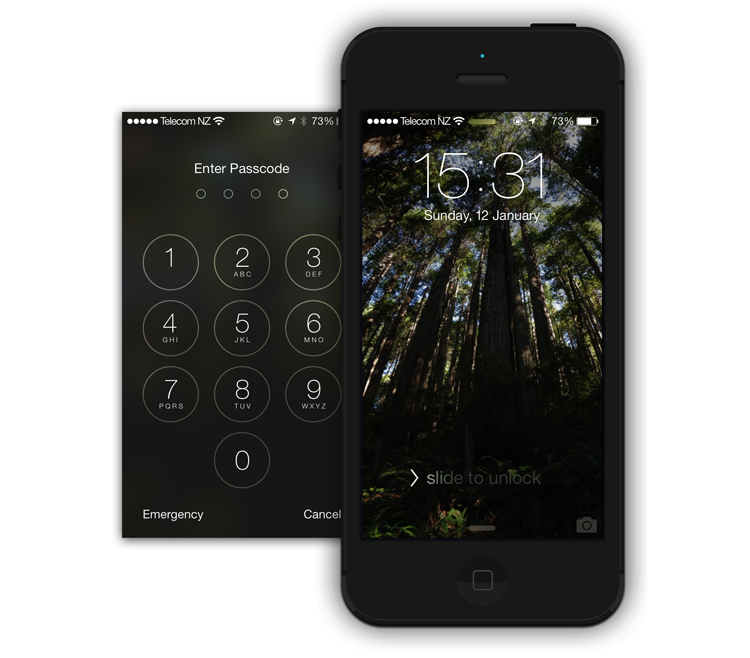 The lock screen, as it is now, has one bit of content to the left, the notifications on the top, and control centre/camera at the bottom. The right side is, well, a bit empty.

I wonder if that right side could be better used. A big plus for me would be to have apps like Strava or the Apple Remote app be able to use that right hand side, rather than unlocking my phone to see how far and fast[1] I'm going, or whats playing at the moment on the Mac Mini (and hence in each room of the house via AirPlay) it could show it on the lock screen.

Even my own app, Nearest Bus, could use it to show when the buses are coming without taking your gloves off. 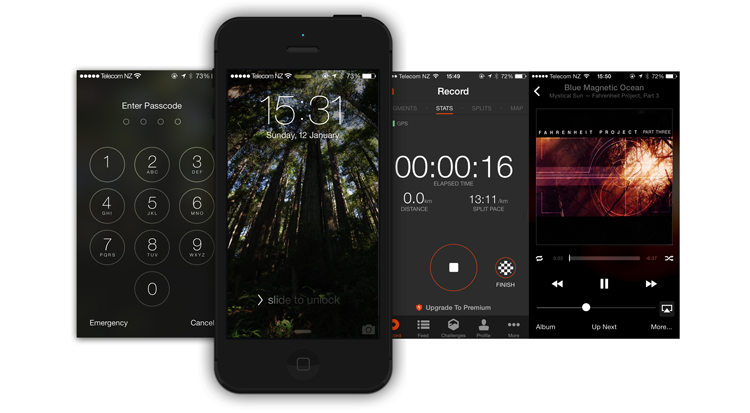 There would need to be some rules around it tho, of course, as this would allow a 3rd party app to be used before the security lock is disabled, but Apple is good at rules for this kind of thing. There is already the external screen API's which allows display via AirPlay and represents itself to the developer as a second UIWindow, but even just disallowing user interaction on the displayed screens would be a huge plus.

The Android fans will be screaming "widgets!" right about now. I'm not sure I want the Android-style widget thing here tho - for me, it ends up being too cluttered. I just want, from time to time, a VERY small subset of my apps to be able to show complex information when the phone is locked.

I'll add it to my wish list for iOS8. I doubt we'll see it anytime soon tho.