I'm the first to admit I'm not a designer. I like to think I have some design sense - more User Experience than Visual design, and its getting better - but generally, my skill is fairly limited in this area.

However, I recently discovered Sketch, which is a OSX app which is designed more for UI work than Photoshop ever was.

Sketch is a professional vector graphics app with a beautiful interface and powerful tools.
We set out to build a better app for graphic designers. Not to copy, but rather to improve.

It took me a little bit to get into, but I'm finding Sketch to be awesome for creating mobile user interfaces[1]. It has a lot of the features I want, and it appears to be designed for web and UI work, not for photo editing (or whatever it is that Photoshop is actually designed for!). 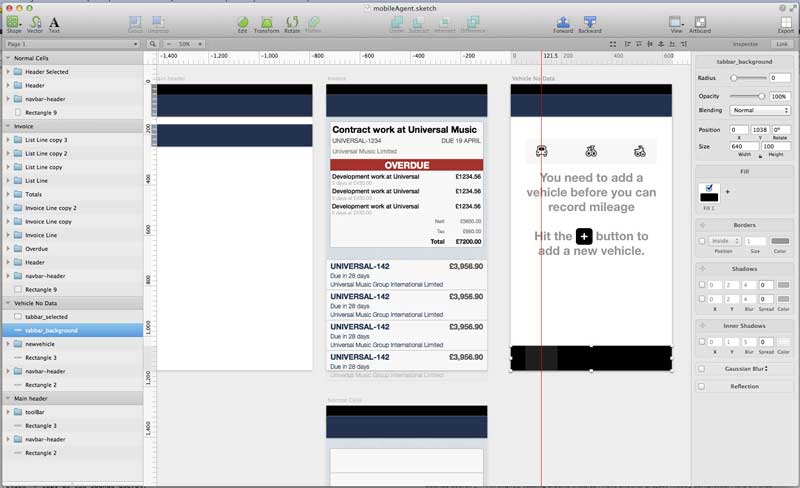 It takes a bit of getting used to, but once you are, you can get an interface designed, press one button, and you have re-generated all the assets, named correctly, sliced, @1x and @2x. [2]

There is quite a number of blog posts about Sketch, including:

There is also a lot of Sketch files on Dribbble, and Sketch users appear to be quite willing to share their work.

Another similar tool is PaintCode, which has supported Xamarin.iOS for a while now. PaintCode lets you draw your UI, and then generate UIKit and CoreGraphics code. I tend not to use CoreGraphics for a lot of my stuff (I've not needed to), but if I did, I'd be starting here.

In the next part, I'm going to show you how to re-skin a MonoTouch.Dialog app, without changing the MonoTouch.Dialog source (thanks for the kick-up-the-pants-via-pull-request, Miguel, it made me rethink how I could do it).