Despite rumours, my day job isn't writing iPhone apps (sadly). I have been creating websites and doing general software development as a "day job" well before I started with MonoTouch and iPhone apps.

In the last 12 months - since we got back from our mega-trip back to New Zealand - Leonie and I (and a number of others) have been working on a rewrite and relaunch of Universal Music Japan, and on thursday, it's went live.

We started out with a huge specifications document from a Japanese company, which had taken 12 months to produce, and other than 400 pages of text, had very little to show for it. It was expected to take another 24 months to build it.

So, out with the old, and in with the new! 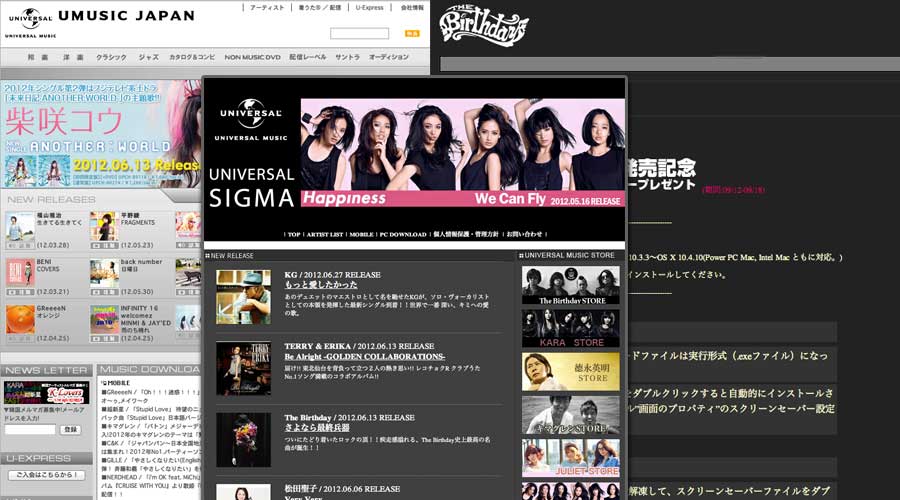 (this is the old site) 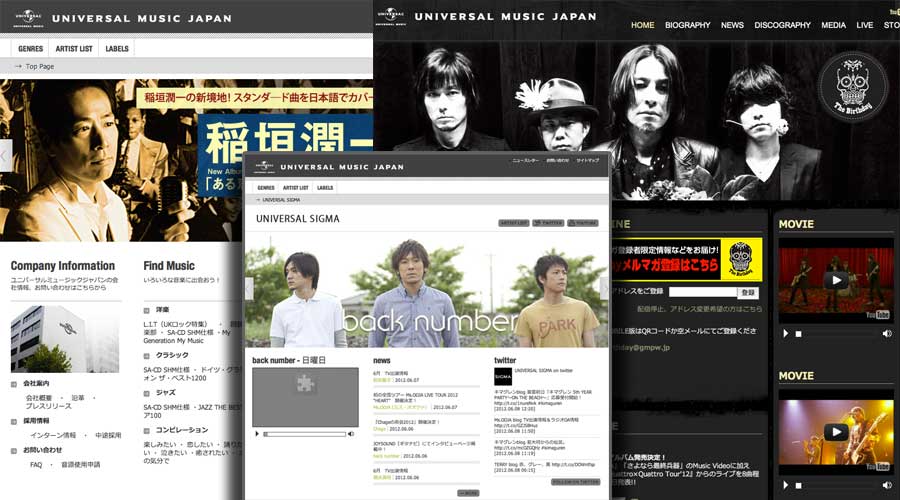 (this is the new site)

Some of the challenges we faced, and some numbers

We still have a fair bit to do on the site. Most of it is around bits we pushed out of the release, and also some more performance tuning, but overall, the site is running well.