I've been playing with a few Augmented Reality apps of late, on the iPhone, and frankly, I don't see what all the fuss is about. 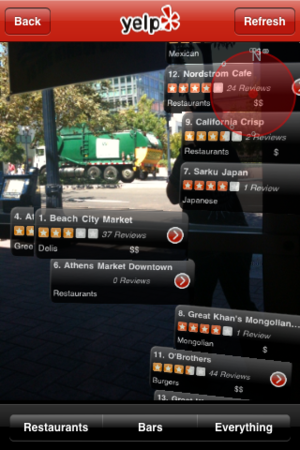 And the Layer app, which is a kind of meta-browser where people can make their own layer and... um... layer it into the layer app, as well as share them. The social side is kinda cool - it allows a lot of people to get into AR, without having to know a lot of math (or any math!) 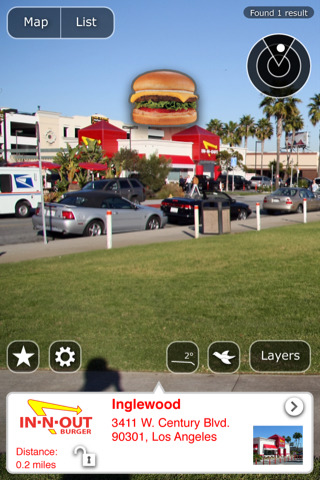 And the latest one I've come across is Cycle Hire from Presselite, which is a offshoot of their various travel apps. (you can read more about Presselite here. Nice to see they stole the name off the original Cycle Hire app. And no, I'm not linking to them). 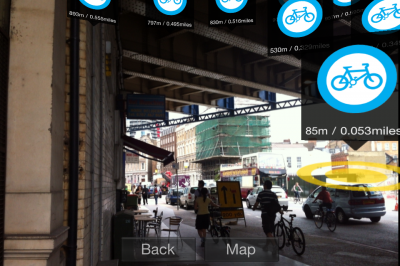 The Presselite app was the one that made me really question AR, because it really doesn't work very well at all - it's just a bad experience, tho that may be their implementation. As an AR experience, it's pretty shoddy, and as a cycle hire app, it's next to useless*.

But it made me think: Whats the point of Augmented Reality?

I can see that it's an impressive technical demo, especially on a phone. After viewing the iTunesU Stamford talk by Yelp, there is some serious math going on behind the scenes. I can see that a developer might throw it in as an "added easter egg", which is what Yelp Monocle was originally. But as a "new form of navigation" or even a moderately useful method of finding things? Um, no. It might be useful if I had an eyePhone, I guess....

Also, if I'm standing on a street corner, holding my phone up at eye level, I expect two things: To look like a total twat, and to have someone passing by mug me for my £500 phone. Thanks. But no.

The only one I saw that looked useful is the GeoVector one**. But that was always, right back in 2004 or earlier, a location-centric information app. They even developed their own hardware (PCMCIA card with GPS and digital compass - sound familiar?). They actually deserve the patents they have in this area. (You are not going to hear me saying that often) 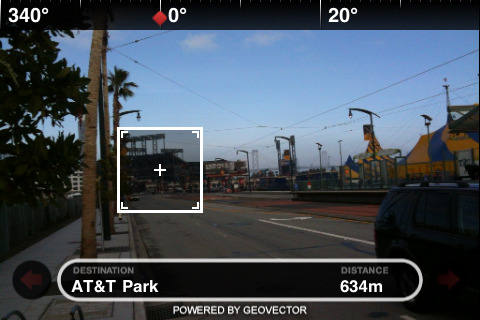 So for me, I'm saying a definite HELL NO to AR stuff. Stick it with Virtual Reality. I'll stick with Real Reality. It's a useful tech demo, but for actual use, it's too unreliable, and just a gimmick.

** Slight disclaimer: I helped with a very early version of the GeoVector stuff, on a PocketPC device (remember them?), using .NET Compact Framework v1.0 beta, in around 2004 or so! I also know the person whose company did the iPhone one.